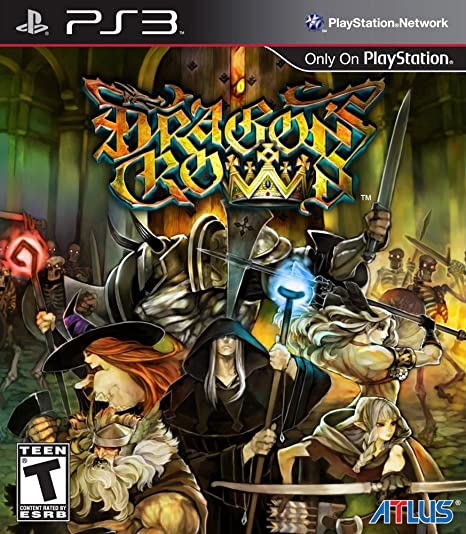 As usual, I always feel like there’s an invisible wall of quality that magically appears when I enter a new section of the 500 though really – is there that much of a difference between 300 and 299?

No, but I also don’t notice getting older day by day but I’m still older tomorrow. There’s certainly a noticeable gap between how much I enjoyed Dragon’s Crown and, say, Owlboy. It’s exciting, because now I feel less pressured to find reasons as to why I liked the game and a bigger obligation to choose which awesome parts I choose to write about. That’s fun.

Dragon’s Crown, however, is a problematic entry for one very obvious reason. The character models are so overtly sexualized that it’s impossible not to mention. Sexuality is a tricky subject to talk about intelligently, and I don’t think I have the background, research or maturity to discuss it properly. I do have to mention that playing this game with my then-girlfriend-now-fiancee Kyla made me a bit nervous, at first. I was second-hand embarrassed when we booted it up. I didn’t want her to think badly of me, or that I thought these kinds of proportions were “normal.” Thankfully, she was totally cool with it and recognized it’s the style they were going for. She even picked the Amazon who barely has any clothing at all. I picked the Elf since I couldn’t, with a straight face, pick the Sorceress.

Beyond that, the only real difficulty we had was navigating two sets of menus at the same time since…you can’t really. It was an exercise in organizational theory and a good test of our relationship to ensure we both talked to the same NPC, both got the same quest, both got to sell our loot, and so on. Visits to the lone town were a nice respite from the action, but it was hardly a relaxing affair. It felt like an individual scavenger hunt, but we couldn’t move more than three feet from each other. This is all done in such a way that you begin to guess that game wasn’t designed with multiplayer in purpose to begin with.

But look at that art style. We fell in love with it at the very first glance. The lining is superb, every character looks like they could be on the cover of a 1980’s epic fantasy novel. Everything is taken seriously to the utmost degree, there’s no hint of satire or jest. You have to save the world, murder ghosts, gain loot and become the most powerful warriors in the land. This is absolutely an evolution of a game like Golden Axe: The Revenge of Death Adder, where half the fun comes by slaying evils together.

I didn’t love my choice of the Elf. I was always running out of arrows and could never decide which talents to spend my points in. Thankfully, Kyla chose the most badass character. Every move had her pinballing across the screen in a flurry of axe spins and thigh movements. No action was performed without a scream of Amazonian fury that would put Xena to shame. Every swing had weight and every kill led to us cheering each other on. Failure wasn’t so bad – back to town, recuperate and try again.

While the mechanics themselves weren’t anything I hadn’t seen before, the style was something new. The locations, animations, character models and colors are a fantastic mix of renaissance art, fairy tales and erotica. Every NPC is interesting to look at and talk to, oftentimes they will fill the entire screen. Levels would often have secret locations, or flying carpets, or monstrous beasts to ride, or temporary weapons to use. There was a lot of variety available because of all this, in addition to the unique playstyles due to the multiple skills you could pursue. This is certainly one of the most unique beat-em-ups I’d ever played.

You could tell some parts of Dragon’s Crown were Vita specific; more than a few times we had to use our analog stick as a cursor to click things when a touch screen would have been a better option. I also won’t lie and say things didn’t get confusing when lots of enemies littered the screen. Button mashing happened, and happened frequently. Still, the system of banking your EXP and continue grinding on was a great risk-reward idea, one I’d like to see in other games. Even if it takes longer, I’m usually a fan of noticeable progression that’s spaced out, rather than incremental upgrades frequently. That’s one of many reasons I adored Baten Kaitos: Eternal Wings and the Lost Ocean. You’ll read about that one in about five more years, if I ever get that far on the 500.