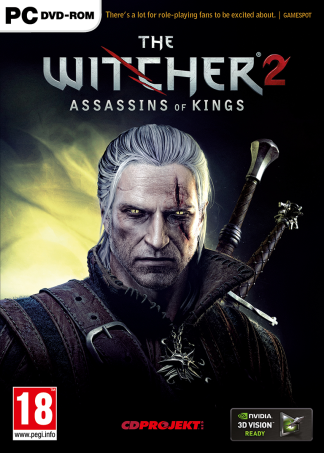 The second article I ever wrote for Snackbar  discussed about how our memories of when and where we played games can be as strong as the game itself. Circumstances shoved upon us are often catalysts for wanting to escape. Some will remember a long walk to make a crucial decision, others enjoy comedies to make questions easier. I tend to play games.

Although, that doesn’t really say a lot about my choices to deal with emotional hardship, since I play regardless of my mood or life status. I certainly did that when I unexpectedly lost my job in April of 2013. I wasn’t exactly thrilled; I had been there for nearly six years and met some incredible people. I’d grown comfortable…maybe too comfortable. In the end, it was for the best. And hey, the manager in charge of letting me go recommended me for my next job. Bridges are always best left unburnt.

The Witcher 2: Assassins of Kings would have a herculean task of impressing me during this time period. I was living alone in an apartment that doesn’t hold much positive nostalgia. The time off was nice, sure, but forced idle time doesn’t feel as satisfying as when it’s earned. I felt guilty sitting down in front of my computer. No, I didn’t want to go out and see friends. I’m unemployed and don’t have money to spend. No, I haven’t got a new job yet and won’t for another ten months. Can I just be a hermit for a year, please?

I’d read a lot about Witcher 2 and was willing to be impressed. Harsh, gritty fantasy world? Check. Batman-like protagonist who sleeps with anything and hunts monsters? Check. Some of the best graphics I’d seen? Even on my under powered PC…loading…half check. The voice acting was top notch, even if a few accents were grossly exaggerated. The opening video is state of the art, even by today’s standards. Compelling doesn’t begin to describe it.

However, I hadn’t played The Witcher and I knew going in that I would be missing out on previous explanations of the world, lore, characters and their history. I HATE that. A few hours into the game made me feel like I started watching a plot driven television show halfway through season three. It was missing something. Where was this 10/10 game that all the reviewers had played?

This is why I’m so adamant about playing a series in the proper order; levels of enjoyment depend on it. Even if it means playing a bad game in the series, I’ll always wonder if my initial reaction would have been different with prior knowledge to the game’s history. I can’t even believe I’m considering skipping Dragon Age 2 and moving right onto Dragon Age Inquisition. Will I ever learn?

Nothing really clicked for me in Witcher 2. I didn’t understand a lot of the plot, I failed to find any importance on the big decisions, I detested the combat, I couldn’t figure out when the best time was to buff my character and I truly believe Witcher 2 has some of the clunkiest menus I’ve ever seen. Only now did I learn that the PC version was significantly harder than the XBOX 360 edition. Wonderful.

Readers will claim that it must be higher on the 500, but it can’t be. Aside from all the annoyances I listed, I wasn’t in the mind frame to enjoy anything. Yet, despite all that, it still earns a spot due to how incredible it looks, the effort CD Projekt Red put into it, how awesome a main character Geralt is and how Witcher 2 elevates expectations for an adult, bloody, fantasy world. Stakes are high and people die. Dragons, assassins, magic, witches. It’s all here. Just wasn’t the right time for me. Now, Witcher 3 on the other hand…