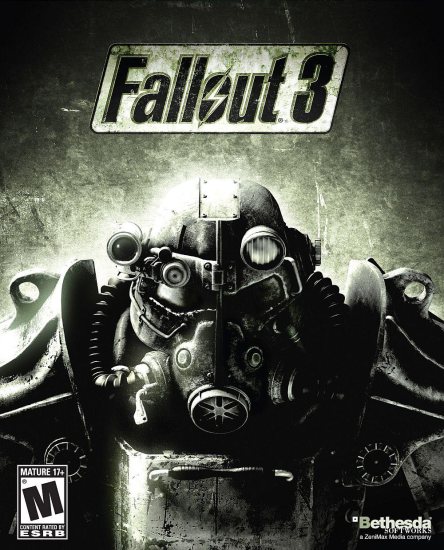 My first eight hours with Fallout 3 were a disaster.  EIGHT? Why do I do this to myself?

I’d heard so much praise about the franchise, about how these new types of “open world” maps were the pinnacle of game design; a non intrusive story, endless exploration and the ultimate amount of customization in terms of playstyle. I was intrigued.

I was also totally clueless.

I’d never played this type of game before. I’m still not convinced I play them correctly. What I do know is my initial session was plagued with bugs, I got lost right away, never found the dog helper and…yeah. I didn’t get it.

The bugs didn’t help. Many Bethesda fans see broken code as part of the fun, but I certainly don’t. Part of the nature of the free roaming style of play is that you’re never going to be able to test all scenarios. It’s mathematically impossible, considering how many places you can go, how many things you can do, how many people you can talk to, how many choices you can make. It’s overwhelming. If there ever was a single player experience that epitomizes replay value, it’s Fallout 3.

I had so many crashes in my early goings though, that it’s surprising I pushed through. Eventually I found that windowed mode and downloading a patch made my experience infinitely smoother. I didn’t have to quick save every few minutes out of necessity, and I was free from spending hours browsing support forums and viewing Youtube videos on how to play a game that I’d paid for.

Once that was all resolved, the game came alive. The map truly WAS wide open and I’d never experienced anything like it. Despite the drab and ugly wasteland, I wanted to be a part of it. How could you not? Bethesda did a superb job creating their own style of pseudo futuristic-retro. Jazz music from the 30s, computer terminals from the 60s, robots from the …uh…2260’s are all present. You never quite know what you’re going to find around every corner as you traverse the aftermath of complete nuclear annihilation.

The dialogue options and subsequent reactions were my favorite parts. I was a skinny dweeb with max intelligence in my first playthrough. A decrepit grandma could’ve out-punched me, but I would’ve been able to talk her out of it. Completing quests, or avoiding combat altogether with my Speech skill was hilarious, and something I hadn’t seen in a video game before. This is when I really started to feel the creative juices behind Fallout 3 flow. Once you treat the game like a menu you can order anything off of, you’ll find the most fun way to play it.

It was such a relief to finally understand what people were talking about when they professed their love for Fallout 3. I wasn’t quite as adventurous as I should have been; the main story did entice me enough to focus mostly on that, and I have a really hard time being anything but a goody-two-shoes. I spared the town of Megaton when I had the chance; regardless of it being a game, I just couldn’t justify pulling the trigger. I like being nice!

Navigating my political stance among warring factions was also a delight. I sided with the Brotherhood of Steel despite them having some shady practices…although in the Fallout world, every faction have performed evil transgressions in one way or another. No easy choices! I liked that they called themselves “Paladins” and had heavy armor and blasted their way through radiated scorpions and mutants with laser beams.

The highlight of the game, the culmination of my entire playthrough, was Liberty Prime. I never knew how cool a giant, propaganda spewing death robot could be. I soon found out, laughing along with such lines as “Death is a preferable alternative to communism” and “Embrace democracy or you will be eradicated”. I don’t know how these types of lines would fly in 2020, but it’s just on the believable side of parody and bombastic enough for the world of Fallout.

I tried a second character, a dumb brawler, but only lasted a few hours before I figured I’d already gotten what I wanted out of Fallout 3 the first time. I credit the developers for starting an incredible trend that you can still see in modern development. It’s not my favorite type of game, but once I got my feet wet, I had a hell of a good time.