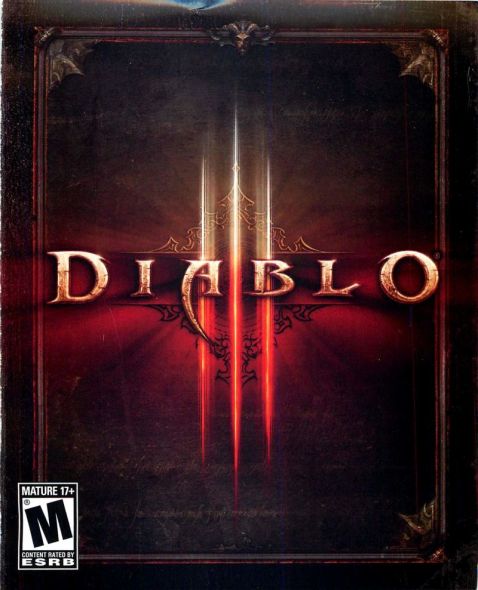 This one is going to be tricky.

I never had any specific criteria on how I rank games on the 500. Obviously there’s lingering emotions, but those can fade with time. The truly great titles will never dissipate, but even excellent experiences are subject to hazy memories and inaccuracies. Upon writing some entries, I feel a surge of guilt – why did I rate this game so low? Writing out my thoughts, it appears there’s no negatives and it should be 100 places higher or so. The opposite problem also exists – at one point in time, I thought game X was worthy of a higher placement. Upon realizing I have nearly zero fondness for it looking back, I start to wonder what the hell the 500 is in the first place.

Diablo 3 isn’t necessarily one of those games, but I’m going to warn you – very little of this review/placement/rant/essay/whatever is going to be about the game itself. It’s fine, it’s fun. Lots of clicking. Monsters, demons, villages, loot, dungeons. I feel it’s more appropriate to discuss all the fundamentals in the series in the Diablo post. Sadly, I never got into Diablo 2 with my friends. I have a habit of bad timing with this franchise, it seems.

The kind of problem I had with Diablo 3 wouldn’t exist decades ago. A game came out, and that was the that No updates, no DLC, no patches, no multiplayer seasons. To quote Del from Planes, Trains and Automobiles “What you see is what you get.” Not anymore.

I purchased Diablo 3 at launch. Historically, I’m impatient when it comes to games. Why wait? I’ll find out soon enough why waiting nowadays can mean the difference between a solid experience and an amazing one.

It sure played like a Diablo. Every action is with a click of the mouse. Move? Click. Attack? Click. Abilities? Mercifully mapped to your keyboard, but you can still click them if you want. You better have a good mouse – I did, and felt a certain sense of mastery once I was able to use all my abilities via my gaming mouse. The music was familiar, the graphics were a blunt reminder of how far we’ve come since 1996.

I blew through the campaign in the first week of the game’s release and that was it. It was acceptable. I wasn’t thrilled with the Monk class, but not upset enough to switch classes and start over. I had my fill and didn’t want anymore. So…why the complaining?

Turns out, I played Diablo 3 at precisely the wrong time.

I felt uneasy about how the auction house items could be sold for real life money. It felt a bit too intrusive, despite the game not forcing me to indulge. Blizzard agreed, and eventually relented and removed this option. Other improvements followed. Years later, it would receive outstanding ports to various consoles. DLC was released to critical acclaim. Like many live service games with consistent upgrades, it’s not the same experience anymore. Totally different. Not quite Diablo 4…but certainly Diablo 3.5.

I suppose that’s the risk of early adoption in today’s video game landscape. You’re subject to bugs, and correctable design that may not have been present prior to 2012. Now, it’s easy to look back and tsk tsk myself, but the idea that an entire product could be improved dramatically, fundamentally AFTER it’s been completed was a strange one. Inconceivable.

I still feel a bit frustrated. I can’t seem to get the timing right this series. I’m either early, late or a no-show. Now that Blizzard has announced Diablo 4, I can’t help but admit to be curious…but of course, now there’s the whole Blizzard supporting China debacle…it’s never simple, is it? I can’t just be a dude overwhelmed by monsters, and hack/slash my out anymore?

I didn’t even play multiplayer! Despite having multiple friends who were playing at the same time, I never got around to joining them.

What the hell was I doing?

I could not have done this more incorrectly if I tried. The fact that Diablo 3 is this highly rated despite nothing but lamentations speaks for itself. The core game is good enough to warrant it. Everything negative I experienced else seems self induced.