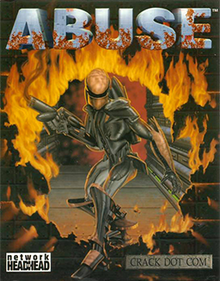 The Glenlyon-Norfolk School’s Senior Campus had a computer lab. It was state of the art…or at least, that’s what the brochures told prospective parents. It was very clean, very orderly. Proper. A lack of shenanigans on the surface. After all, we were well behaved private school students. Uniforms. High expectations of academic performance. Not a whiff of rebellion from the 300 or so students that politely populated the campus. But in reality, students would often congregate and loiter, plotting innocent acts of apathy while pretending to wait for their animation videos to render. Under the watchful eyes of Mr. Britten, we would learn animation, typing and that the best time to play games was when the teacher wasn’t there.

After school, it became a digital playground. The person in charge was usually 17 years old. As a 13 year old, that’s just about as close to an adult as you can get, just with a lot more interest in learning about how we could network the computers together to play 8 player games of Warcraft 2: Tides of Darkness. Or Marathon. Or emulating Super Nintendo games.

Looking back on it, I have no idea how we all got these games. The internet was barely a thing, we had Macs instead of PCs and we used mostly floppy disks to save data. I imagine the emergence of the Zip Disk helped – after all, it could store 100 MegaBytes of data! Try to contain your excitement, we certainly didn’t.

Anthony Richards showed me Abuse. It’s about as close to a Macintosh version of Metroid as you’re going to find. It’s a fraction as atmospheric, but heavier on the action. It’s certainly less interested in pretending that it’s not trying to rip-off the movie Aliens. There’s a plot about some prison where a chemical called Abuse makes everybody turn into monsters and you’re trying to escape the prison.

The plot is not the highlight, but I’ll focus on what is: great controls and blowing up aliens.

The movement and aiming scheme is fantastic – you tell your armed prisoner where to go by using the keyboard and tell your armed prisoner where to shoot things by moving the mouse. Since you can do both at the same time, this leads to a lot of improvised tactics. No longer did I have to choose whether I want to stay stationary and fire, as the freedom of momentum and aiming were in perfect synchronicity. It was the main reason why I completed the game.

You’ll quickly ease into a cycle; periods of inactivity, largely to build up tension before your next wave of enemies appears suddenly. There are hidden doors, teleporters and switches for you to find to vary up the action.

Anthony’s passion for it was another highlight. He insisted on screaming gleefully anytime he wiped a group of monsters and it definitely added some much needed voice acting to the mix.

And that’s about it. Abuse resonated enough with me to last this long in my brain in a positive light, moreso than 105 other games apparently. The slick, fast paced action and creepy setting elevated it slightly above its counterparts, like Alien Carnage or Jazz Jackrabbit. The fact that I was playing it when I absolutely should’ve been doing my computer homework made it that much sweeter.