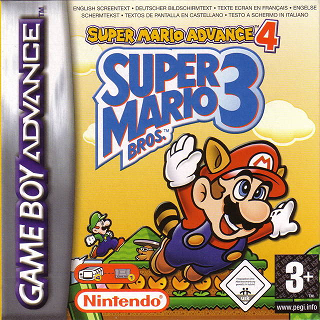 I didn’t know dim sum carts were that light, I thought to myself. I was nearly alone on one of BC Ferries’ colossal ships that transports Islanders to the Mainland when they want to pretend they’re part of Canada too. Ian and I were coming back to Victoria on just about the stormiest night I can remember.

The weather was unrealistically awful. We were prepared to sleep in his car in the parking lot, since the previous four sailings had been cancelled and it was already fifteen minutes past the last scheduled sailing. One can only watch so many episodes of Futurama in a cold, dark car before you start questioning your life decisions. We eventually made it onto the boat. Had I truly known the severity of the gale, I would have pleaded to wait until morning.

The Coastal Celebration is 160 meters long, can carry 1,604 souls and is equipped with a video arcade, cafeteria, lounge, play area for the kids, space for 310 cars and a buffet. It is the biggest boat I’ve been on. I needed a bigger boat.

Despite working for a whale watching company for three seasons, I never got over my penchant for becoming sea-sick at the first hint of a sideways movement. Roller Coasters, I’m fine on if it’s just ups and downs. I’ve ridden The Behemoth in Toronto and survived. Turbulence on planes doesn’t bother me all that much. But on the water? I’m as fragile as a Jenga tower. As soon as we got going, I knew I was in for a rough, 90 minute ride.

My only solace, as I watched the seafood carts dance violently across the buffet floor, was Super Mario Advance 4: Super Mario Bros. 3. It was the only game I had on me and I still don’t remember how I became in possession of it. I certainly don’t have it anymore, the memories would be too daunting. Super Mario Bros 3 will be MUCH higher on the 500, fret not, but this “upgraded” version didn’t blow me away. The controls weren’t quite right. The graphics weren’t quite right. I was dying a LOT more than expected. The Ice World in particular was a pain and my usual stout constitution was being whittled away, minute by minute, by the ship’s constant shifting left, left, HARD RIGHT, left, straight? oh boy, straight NOPE JUST KIDDING LEFT AND RIGHT AND LEFT AND RIGHT.

I begged Mario to distract me. For a while, he succeeded. The pleasant music is there, the classic levels are there, but this isn’t the page to talk about the majestic perfection that is Super Mario Bros 3. This is the page to talk about how my experience was totally manipulated by waves, wind, darkness, rattling cutlery and shrimp dumplings that refused to stay in my stomach. The game itself isn’t vomit inducing at all, but the memories sure are. I’m sorry Super Mario Advance 4: Super Mario Bros 3,  you deserved better, even if I didn’t.