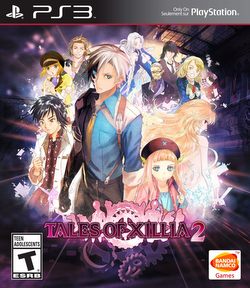 I had a recent conversation with my Creative Director about how much work is needed to build a fictional world. To make it fully fleshed out, you’ll have to consider a mountain of variables; politics, history, geography, economics, class structure and a few hundred other factors. Oh, and you have to make it interesting. And unique. And have it serve the story, and the characters in a way that is endearing to the player/reader/viewer. It’s monumentally difficult to do, and I imagine many give up before they dive too deep. You can hardly blame them.

So when this process actually does get completed, and a game is finished, why don’t they re-use the assets? Why not leapfrog off somebody else’s hard work? We see it often enough in fiction, but rarely in games. Even if a sequel has the same setting, the levels are entirely different, or the world’s been hit by some cataclysmic event, re-shaping the planet and cities, or destroying them entirely.

I imagine it’s to assure the player that this is an entirely new experience. Maybe potential purchasers would feel ripped off if it was “more of the same”. Part of the appeal of video games is to see new sights, new towns, new landscapes and explore. Perhaps that removal of discovery is too risky, and developers prefer to start fresh.

Tales of Xillia was among the best selling titles in the franchise, but it’s still surprising to see them do a direct sequel. Most Tales games don’t have one, and it’s rare for a mainline JRPG series to do so. Much like the Final Fantasy, or Dragon Quest games, the Tales games have no connection to each other outside a few common ideas and names. Bandai Namco must have thought they had a world and cast that would support a fresh idea. I thought so too – the original had nearly everything I look for in a traditional JRPG. How did the sequel fare?

I’m afraid this will turn into another post where, despite the game being placed higher than many others, it’s going to sound like I hated it. It’s strange how that works out – by the rules of lists, I enjoyed Tales of Xillia 2 more than any game previously mentioned. But when it comes to discussing interesting memories, or anecdotes, or trying to SAY something, I am often at a loss. It happens; I’ll need to jostle my recollection by watching a Youtube review of the game, or looking at past notes, or even re-loading my last save file and running around. I hardly have the time to replay it, so I must rely on these fading fragments to sum up my experiences. It’s not easy.

But let’s give it a try.

The combat is about average for a Tales game. You won’t find turn based anything here, monsters will rush at you right away and you can start spamming attacks as fast as you can mash the buttons on your controller. It’s not mindless, however; combos, weapon changes, abilities and who you have in your party will all have an influence on the flow of the battle. While the main character, Ludger, is by far the most powerful of the bunch, you won’t find yourself short of useful fighters to team up with and crush endless waves of monsters and trans-dimensional demons. Since this is one of the main appeals of the series, I was pleased to see it as refined as ever. I could’ve done without Ludger’s overpowered transformations, but they did look devastating and very Super-Saiyan-y and I’ll never complain about that.

The writing and plot is not as strong as the first, but I always appreciate effort and you can tell they really tried here. It’s not easy to tell a cohesive story in a JRPG involving parallel dimensions, but they do the trick here.

So, where’s this “Henry hated the game” bit? Don’t worry, I saved the worst for last.

The game’s main hook early to mid game is that you have a debt to pay. Like a Student Loan, that has to be paid off frequently. With constant reminders that you have a very large debt to pay, and you’ll likely never pay it off because it is so monstrously large.

Look, video games, I already HAD a student loan. It sucked, and I was fortunate to pay it off eventually. No, I didn’t enjoy the constant reminders that I should not miss out on any payments – does anybody? It’s a mechanic to keep your party away from certain areas, but SURELY they could have done it a better way? I’ve seen scenarios where you may have a temporary debt to pay off that’s magically erased after doing a good deed, but this lasts for TENS of hours before it’s finally gone. Worst of all, any money you collect in battle doesn’t feel spendable – after all, wouldn’t it be better to pay down your debt instead? In a genre of game that relies MASSIVELY on upgrading your gear in shops by handing over currency. This system goes against player’s very nature of how to progress. Ouch.

Maybe they didn’t know how to restart a story that already had a beginning, middle and end in Tales of Xillia. I’m not sure if sales dictated, or pressured the development team to do a direct sequel or if the team genuinely thought they had more creativity to squeeze out of this particular project. It must be tempting; I can’t imagine the time, and budget, required to world-build properly. But it wasn’t quite a home run here.

I enjoyed the battles, and they handled a few big scenes well, but the constant focus on your medical loans early on was nearly enough to turn me away completely.