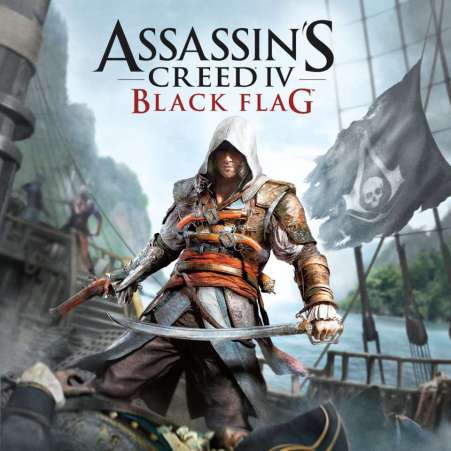 My father was in the worst yacht racing disaster of all time. The 1979 Fastnet’s route between England and Ireland was struck by gale force winds that resulted in the largest peacetime rescue operation to date. Tragically, 19 men lost their lives. I am eternally thankfully that Simon Skey was not one of them.

He’ll indulge me with a recap now and again. He’ll tell me that the howling of the winds were so loud, he couldn’t make out what his friend was screaming into his ear. How he had to shake one of his crew mates back to their senses. How lucky his ship, a red Admiral 36 named “Autonomy”, was rescued and towed to Dumore East. It always sounds incredibly harrowing and reminds me how lucky I am to be sitting in my comfortable computer chair and not fighting through a freezing gauntlet of pissed off waves.

That’s why I play video games. You’d think an experienced sailor like my dad would influence me to join his adventures on the ocean, but I don’t have the constitution for it; I’m prone to sea sickness, require gallons of sunscreen to go outside and I know next to nothing about wind, save for I think it’s the most obnoxious of the elements. Not for me.

But when it comes to piloting a pirate ship, count me in.

I deplored the stealth sections. I mean, I deplore stealth sections in most games, but especially here. The Caribbean backdrop doesn’t hold a candle to renaissance Italy in Assassin’s Creed 2. There aren’t monoliths of white buildings to scale. Why am I jumping on top of huts? Why am I trying to sneak around where there’s nowhere to sneak? I look ridiculous. If you’re going to make a pirate game, make a pirate game. I’m sure some pirate expert will tell me that actually pirates were stealthy when they sneak up on a boat at night, or raid some treasury or something. But I don’t want stealthy pirates.

You know what I want?

I want a crew of withered, toughened vandals belting out sea shanties while the waves crash over my bow. I want cutlasses drawn, ropes hooked onto enemy ships and fierce battles waged with no room to breath. I want cannons exploding in a flurry of smoke and accompanied by shouting, and screaming. I want splinters of wood flying past my face as I draw my pistol to fend for my life. I want a PIRATE game, ye scurvy land lubber!

And I sort of got one. Anything on the water was thrilling. I enjoyed the protagonist, Edward Kenway, and meeting Blackbeard and other various scoundrels all looking to get a piece and sail away safely. But anytime I would get warped back to the “real world” in some fancy, high tech building establishment where I was another person “testing” the pirate game, I rolled my eyes. Way too meta and avant garde. Or maybe it isn’t???Assassin’s Creed is one of the most bizarre franchises I’ve played. The effort they put into the historical details in their settings is beyond impressive, and something very few other developers even bother trying. But to mix the Golden Age of Piracy (not torrents) and ultra futuristic corporate VR technology doesn’t blend well at all. I can’t fire a cannon in a cubicle.

If Assassin’s Creed 4: Black Flag had just been Black Flag, it would likely be in the top 200. It’s utterly thrilling to maneuver your ship across a breathtakingly beautiful open map, filled with sunken treasures, whales, islands to explore, betrayals to avenge and songs to collect. Ask anybody who knows Black Flag, their favorite part will undoubtedly be exploring the ocean while your fellow pirates sing Leave Her, Johnny or Bully in the Alley. If there’s a genre of music that makes you feel like you belong to nature, it’s folk/shanty music. If there’s a game that will force you to delay finishing a side quest, so you can hear the end of a song, it’s Assassin’s Creed 4: Black Flag. Now, raise your tankards! Here’s to Black Flag 2 and to me never setting foot on a boat again.

Next 416 Final Fantasy 4: The After Years