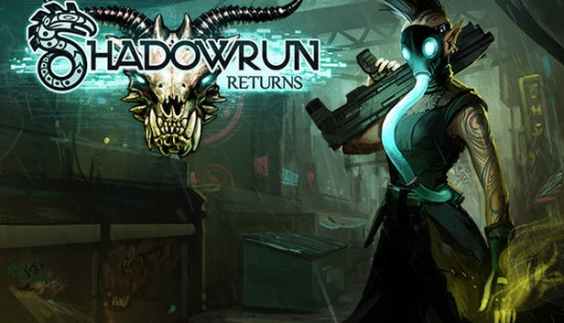 The other Shadowrun game on the 500, Shadowrun: Dragonfall was placed at 454. It feels eons ago that I’ve revisited this series, and since I only clocked in about a dozen hours or so on each game, it may be difficult to justify the placement. Off the top of my head, Final Fantasy 12 and F-Zero X should both be ahead here.

After watching a few reviews to jostle my memory, and a guilty pleasure recap of Blade Runner 2049, it’s suddenly so easy to remember why I loved my time with Shadowrun Returns. It’s all about the setting.

Dragonfall had the same benefit, but Returns has the benefit of a superior story, less annoying level design and I chose a character class that I enjoyed combat with more. With Cyberpunk 2077 on the horizon, it’s a good chance to re-live why I love everything about future, run-down Seattle.

I could drown myself in these kinds of shots for hours, as long as I had a hot cup of tea. A lonely jazz track in the background would help, naturally. Cyberpunk is all about beating the odds, navigating a Noire-style plot, a mix of highly advanced technology with a society that has mostly stopped giving a shit. It’s an exasperated look at what happens when the wealth gap gets bigger, human (and troll, and other) lives are worth less each day. While we’re at it, apparently nothing beats a good old fashioned tarmac to keep the rain off. Hey, if it ‘aint broke, don’t fix it.

I swear you can smell the futuristic Seattle as you build a character to solve the mystery of the Dead Man’s Switch. It’s a thrilling beginning, as you’re tasked with finding out who murdered the person who is giving you the task Post mortem. You’ll only be able to do this by receiving aide from shady bartenders, drug addicts, mercenaries, hackers, cult members and more. Half the fun of the game is unraveling the World you’re in, all from the safety of your computer chair.

Another key variable that determines if I like an RPG is if I love the company I’m in. Oh sure, they may be a miserable bunch of miscreants to others, they may murder their mother for a months’ rent, but if I choose the right dialogue option, they’ll join my band of justice and turn to the side of good. I also find the idea of a home base endearing. If I can feel safe in a neon hellscape populated by death robots and Orcs, I’ll take it. Even if it was an abandoned, haunted drug den. It’s just one of those things you need in games to feel cozy, a place where you know you’re mostly immune from story beats and an area where you feel free to chat with your rag tag group and Save before venturing out to another suicide mission.

I tried a mix of skills that I wasn’t familiar with; as I get older (and worse at video games), I do find myself wanting to experiment more. There’s only so many times I can shoot or sword something to death before third or fourth options suddenly become quite appealing. The Rigger and Decker classes were a major reason why I thoroughly enjoyed Shadowrun Returns. Running around with a drone army of murder machines to do my bidding was consistently hilarious. I rarely took any damage, and would never describe my fighting style as heroic.  Likewise, as a Decker, I enjoyed the Tron/Matrix-esque areas that required a bit of advanced planning and trickery to forgo standard shooting combat. Normally, I’m not all that impressed when a game offers diversity of this degree, but here, I was both curious and relieved to find my choices led to some pretty interesting interactions.

The skill tree is both intimidating, and easy to understand. There’s so much to do, too much to do…yet I never felt pressured. I didn’t feel any FOMO here, and remained content to go through my own story at my own pace.

A little imagination is required; there’s no voice acting, but I prefer that to poor voice acting anyway. I think what made exploration so great is the visual design of every character. The Cyberpunk setting lends itself naturally to creativity – every thug, NPC, villain, hero, bystander or corpse can have all manners of haircut, hair color, body modifications, horns, makeup, piercings or tattoos. It’s all about self expression and it helps avoid the boredom one feels after speaking with dozens of characters throughout the campaign.

The mix of Science Fiction and Fantasy totally got to me. Hiring mercenaries for specific jobs, the isometric camera view, the serial killer at large, the shadowy rulers, the conspiracies, the betrayals all work too. Even though I breezed through the game in 12 hours, the impact was lasting. I’m not done with this kind of setting, or this kind of game.