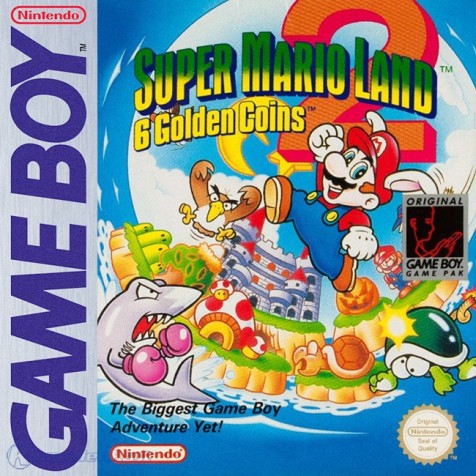 It is astonishing how much better Super Mario Land 2: 6 Golden Coins looks compared to its predecessor. Frankly, it’s hard to believe they’re even on the same system. But, three years can be substantial, particularly from 1989 to 1992, when progress towards graphics were industry shaking and not confined to making blades of grass look slightly more lifelike.

But it really does look and play better in every way. The sprites are larger and more detailed, the powerups are fantastic, the overworld allows you to go to any zone you want (completely unseen in a Mario game before) and the entire product feels very much like Super Mario World pint-sized, which is about the best compliment I can give.

Have a glance, and you’ll see what I mean. 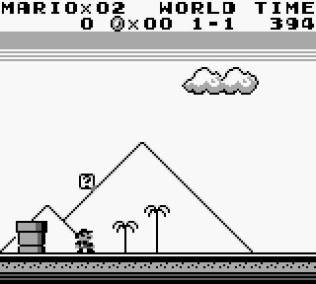 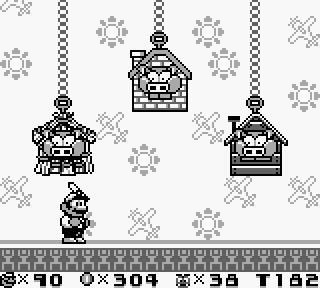 Mario goes from looking like he was made in Microsoft Paint to a legitimate person, with two eyes, a proper hat, and clothes that don’t require suspension of disbelief. I’m assuming the Pigs are shocked at the difference between the two screenshots.

My Game Boy broke when I was on the final level.

I was devastated. As a child, your toys are your most precious resource, and you don’t have the ability to replenish them once they’ve expired – beyond begging your parents for a new one. Desperately, I showed Dad that it wasn’t working and flung myself into my room, in tears.

The next morning, I awoke to my Game Boy on my desk with a note from Dad. He’d managed to repair it on his cluttered tool bench in the basement with a note that he’d fixed the problem and thought I would have better luck as he tried the last level a few times.

I was overcome with joy, despite the fact that Dad had ensured I would enter Wario’s Fortress without a Bunny Hat. A worthy tax for a gracious act.

What a blast. It’s about as good a 2 dimensional platformer on a handheld as you’re going to get. The stages are wonderfully varied and offer all kinds of thrills; you can tell Nintendo had learned a lot from previous Mario games to get everything they could into this tiny cartridge on this brick-sized handheld.

Aside from introducing Wario, one of Mario’s frequent rivals and resident rapscallion for decades afterward, it also gave us the Star Maze Theme, one of the Game Boy’s best songs. It’s head-boppingly good.

Being a kid with a Game Boy was terrific. As long as I had batteries and a little bit of lamplight, I could play this anytime, anywhere. Normally I’d read before falling asleep, but there were many a nights playing Mario under the sheets, all of them happy ones. Super Mario Land 2 is the right kind of challenge, the right kind of length, and the right kind of Mario.