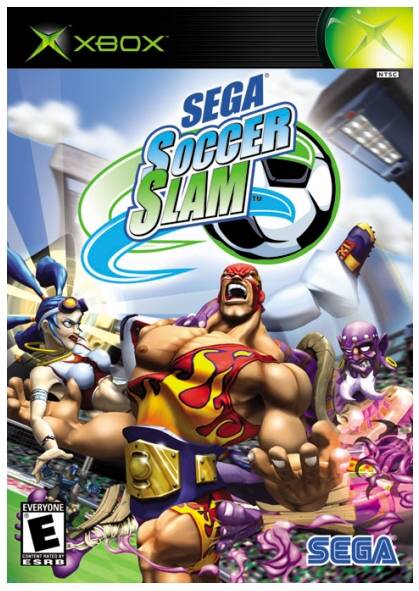 I used to LOVE playing sports video games. Any sport, didn’t matter; tennis, hockey, basketball, football, baseball and, naturally, soccer. It’s one of the easiest types of games to pick up and play; any familiarity with the sport in real life already familiarizes you with the basic set of rules. Now, there may be a landmine next to your goalie, or you may have to defend against a player who can slam dunk the ball from half court, but the concepts are still familiar.

Maybe, over the years, I’ve just played too many iterations of sports with a controller, be they simulation or arcade. When it used to be a yearly ritual to pick up the next version of the NHL version, now it’s a consistent aversion to even read about them. Modern sports games are plagued by monopolies who only wish for them to make as much money as FIFA; they’re rife with micro-transactions, toxic online communities and overly complicated controls. Maybe I got out at the right time.

But there WAS a period in my life when I was immediately drawn to (insert wacky gimmick) + (existing sport). You’ll see more on the 500, you’ve already seen some on the 500. Sometimes I played with friends, oftentimes alone. It was an easy choice for a rental – I didn’t want to waste a birthday present on a sports game I may or may not like, and there was little barrier to entry. Sega Soccer Slam checked all the boxes, and I’m surprised how much it has stayed with me after a limited play session.

It was perfect, and easy. The “rules” are three on three soccer, with power ups, impossible evasion techniques and monstrously overpowered super shots. You won’t find any diving for penalties here, and you certainly won’t find any 0-0 draws. I specifically remember Dante being the star of the show; after all, who doesn’t love a boastful, massive Italian more concerned with his own ego than anything else?

Surely, that can’t be all? Did I have nail biting championship wins? Fun times battling with my friends? Discovering secrets?

None of those. Barely anything at all. And yet, the simple care free nature of my 18 year old existence meant I could pick a random looking soccer game, enjoy myself thoroughly for a few hours, and return it.

I haven’t gone back to Sega Soccer Slam, I won’t go back to Sega Soccer Slam. But I still have it higher than a lot of video game industry classics, and 154 other games I’ve beaten. Is it that it didn’t do anything to bother me? Is it just as simple as letting me play soccer without having to set my formations in advance and manage my player’s temperaments? Was it not having to consider the weather patterns and wonder why I can’t tackle the goalie? All I had to do is pick Dante and Angus, slide tackle the opposition and jump eight feet in the air to launch a header into the back of the net.

Good enough for me.