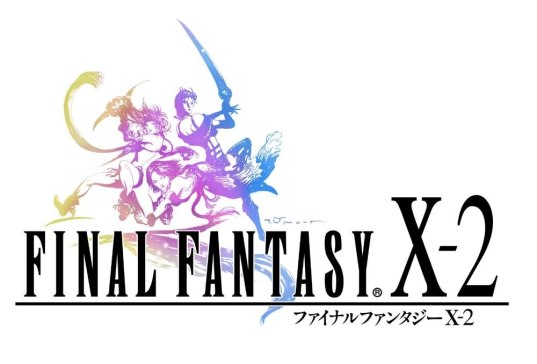 This one comes with personal baggage.

Final Fantasy X is, as you’ll eventually find out, one of my all time favorites. The first Final Fantasy to hit the Playstation 2 came with sweeping changes; no more world map, voice acting, massively improved graphics, a smoother framerate and a combat system that was infinitely faster than its Playstation counterparts. Unsurprisingly, the soundtrack is masterful. It also had a compelling story and, to date, one of the best endings in an RPG; it’s a dramatic conclusion that isn’t your typical happy ending. I’d be hesitant to call it happy at all. I was shook as the end credits rolled. What a beautiful journey.

It is with great hesitation that I write this post, for I can’t think of a way to do it without being aggressively harsh on Final Fantasy X-2 and how it needlessly reverses what Final Fantasy X built. You have an incredible planet, new cultures to explore, fallout from the previous game’s events that they went with. Some really intriguing concepts were explored, but that ending…although, I suppose what else could they have gone with? Easy to criticize, and that’s not what the 500 is supposed to be.

But this entire post can’t be polemic. It’s at #302, which means it must have merits of its own.

Ah, I’m a fanboy. I can’t deny it. Turn based battles, a heavy concentrated effort on producing a quality soundtrack, a focus on a group of colorful characters and a task of saving the world. It’s all so traditional, cliche and wonderful. There are very few Final Fantasy games I don’t immediately fall in love with. The name itself carries weight for me, and I’ll usually go out of my way to forgive a few foibles here and there.

It was sort of surreal returning to Spira. Less than a year has passed since I finished Tidus’ adventure, but the first few hours felt like I was playing a mod. Direct sequels to giant RPGs, set in the same world, are rare.  A lot of the visual assets seen in the first game weren’t a surprise here, and it’s one of the reasons Final Fantasy X-2 is so much lower on the 500. I always SAY I want a sequel to my favorite game, but I have to be careful what I wish for. Sure, I get to see Kimahri, Lulu, Wakka and the rest…but I’ve already seen them, and I get the feeling it’s not going to be as epic this time round. How could it possibly be?

Well, it’s not as if there isn’t a story to enjoy here. The world of Spira is rich, and Square Enix wisely built on the ending of Final Fantasy X instead of pretending it didn’t happen. The factions previously warring have settled on peace…but it’s a fragile one, and rumors of a world-ending machine are worth investigating.

I’ll have to admit, I was hooked from the start. I’d never played an RPG with an all female cast. I was still immature enough to enjoy the wild amount of fan-service when it came to their various costumes, and camera angles showing more leg than they needed to. Besides that, I still liked the group enough to feel like I was part of the team. All three of the main party have a ton of determination, likability and strength; sure, it felt like Charlie’s Angels at times, but that’s not such a bad thing. It’s not like previous iterations of Final Fantasies didn’t have their ridiculous tropes, and that didn’t stop me from enjoying them.

You can equip Yuna, Rikku and Paine with various dress spheres, altering their abilities in combat. There’s more than a few of them, but I must admit I was a wimp and only tried out a few. Hey, if previous roles resulted in victory, why change to something unfamiliar? I don’t think I gave the game’s battle system enough of a test. Had I experimented more, I’m betting I would have gotten more out of it. My mindset at the time was – Why change job roles in the party when what I’m doing is working?

I want to shake my former self. BECAUSE IT’S FUN. YOU COULD LEARN NEW ABILITIES AND CHANGE THE WAY COMBAT GOES.

Bah. Youth is wasted on the young.

So, the game gave me ample reasons to like it. Traditional, fast combat. A worthwhile landscape to explore. Political intrigue. Reminiscing with past friends, both in the game and out (Fuzz, naturally, was my right hand man throughout). What’s the deal?

The ending. The ending fills me with consternation.

Spoilers ahead for those who haven’t beaten Final Fantasy X.

To this day, I detest the ending. I’m usually a sucker for a happy ending, particularly when you’ve built up 100 hours of romance and friendship. But it soured me to no end. By having Yuna and Tidus re-unite at the end of Final Fantasy X-2, you retroactively make Final Fantasy X’s ending, one of the best in gaming, meaningless. I loved how in the original, nobody ever spoke Tidus’ name. Oh sure, it was a hardware issue because you could name yourself anything, but that just added to the mystery of Tidus’ character. Why was he in Spira, 1,000 years from his normal timeline? Why was he alive? Was he alive?

By the end of the adventure, you’ve saved the world from Sin, but Tidus begins to vanish. He was never meant to stay. In a heartbreaking moment, Yuna runs to hug him, only to fall right through him – he’s ethereal, a ghost. He’s gone. He can wave and say goodbye, but not for long.

Dah! What an ending! Few video games had ever attempted anything like this, and it was my absolute favorite part. No cop out. He’s gone. Tidus came to do what he was destined; be Yuna’s guardian, fall in love, confront his father and defeat Sin. The longing, and wondering about a departed loved one is far more interesting to me than simply resurrecting them. It’s a major flaw, though I don’t think I’m in the majority in this mindset. But it’s my website, so here we are.

I recently discovered there’s a follow up NOVEL that furthers the plot even more! This is all too much for me. I’m going to pretend like the novel never happened, and I’m going to continue stubbornly bemoaning the choice to have a pleasant ending, instead of a gut-wrenching, lasting, affecting one.