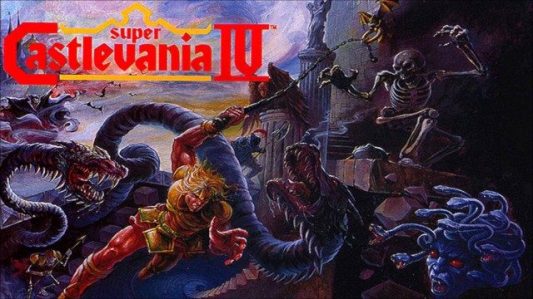 The only time I was interested in Public Broadcasting was when Channel 7 (PBS here in Victoria) would show Red Dwarf marathons. This was long before DVDs, and snatching the lone copy of Season 4 from Yo Video was about as likely as being bitten by a polymorph. One magical night, members of the cast stopped by to make funny faces at the camera, while the host would politely ask the viewers to donate a few dollars. Watching Kryten (Robert Llewellyn) pantomime a phone call was worth staying up until 1am and re-watching the episode about Silicon Heaven for the sixth time.

There was something about seeing a product on television without an obvious budget. There was less polish, but still passion. I was inexplicably drawn to it, but couldn’t get into a rhythm and would only see sporadic marathons of forgotten sit-coms, or telethons to benefit a worthy cause.

It took another ten years, but my insatiable thirst for nerdy content would eventually be quenched when YouTube opened the floodgates for creative personalities. Those who would never otherwise have a sniff at the audience numbers of a network television show all of a sudden found themselves as the heads of a new kind of Celebrity, free from the shackles of censors, shareholders and advertisers. Whatever they wanted to make, for better or worse, they could make. The lack of barrier to entry, the low cost of production and zero obligations meant a new world of possibilities.

A young man from New Jersey may have inadvertently began the YouTube Personality craze by posting a video complaining about how bad Castlevania 2: Simon’s Quest was.  His profanity laced criticisms and hilarious hyperbolic lamentations struck a chord with me. We’d seen snobby movie, music, art and book critics before. And being overly critical is nothing new – but we hadn’t seen it done on video like this. Mr. Rolfe wasn’t a paid employee of any show, nor was he connected to any big media corporation, nor was he doing promotion for the games of any kind. Most of the games he “reviewed” were decades old, and he certainly didn’t like them. It was a perfect shtick at a perfect time.

Hearing him curse at bad controls, or impossible level design was becoming a weekly guilty pleasure, but I was even more drawn to the rare instances where he toned down the Nerd’s ire and focused on games that he actually enjoyed.

Super Castlevania 4 was the epitome of what the Super Nintendo was all about. It took a classic franchise from the original Nintendo and made everything better – graphics, audio, control, challenge, scale, abilities and anything else you can think of that would entertain you on a 16-bit system.

I was aware of it, I saw the box on display at game stores, and available for rent at Blockbuster. But I never felt the urge to take the plunge until I watched The Angry Video Game Nerd talk about it. And he’s absolutely right; it’s not only a great Castlevania game, but a great game period.

The opening credits really do set the tone, and while future Castlevania games would delve further into story and characters, I still find the presentation here perfect. It doesn’t get in the way with horribly acted voice-overs, or RPG elements. You get Dracula emerging from a broken tombstone, the mist creeping over the scrolling text and you’re already there. You’re in the castle, you’re fighting hordes of demons, monsters, the undead and any other imaginary foe that came straight from someone’s nightmare.

Simon Belmont handles like a dream, and for two very specific reasons. Primarily, you can use your whip attack in eight different directions, including while jumping in the air. This means that you’re not at the mercy of cheap enemy patterns, or clumsy mechanics. If there’s an enemy on the screen, you won’t have a problem hitting it. Secondly, you can move while ducking. I know this sounds like a bizarre thing to complement, but you have NO idea how rare an ability this actually is. Considering the miles of underground passageways, and perilous traps that require you to duck with precision timing in video game history, it’s a wonder why this isn’t a mainstay in every game.

Put the controls together in an adventure with tons of level variety, rotating rooms in 2D, a really weird attempt at rotating room in 3D, vampires, hydras, skeletons, medusa heads and any other mythological terror you can think of and you’ve got yourself a winner. I’d prefer if the camera was zoomed out a bit more and it’s not exactly a classic of the genre by any means. But you can hardly go wrong, and if you’ve got an SNES classic, it’s right there waiting. If you’re still not convinced, at least give the Nerd a try. He’ll be able to persuade you far better than I ever could.